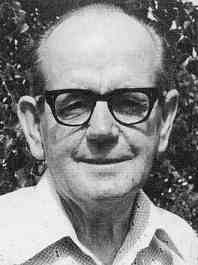 I expect to pass through this world but once
Any good thing therefore that I can do,
Or any kindness I can show to any fellow creature, let me do it now
Let me not defer or neglect it,
For I shall not pass this way again. – John O’London

Tom Bowen was working as an Industrial Engineer at a Cement Works in Geelong, Australia in the 1950’s when he begun practicing his highly specific hands-on therapy, The Bowen Technique. Tom began treating people after work, and despite having no therapeutic background, begun to operate a highly busy clinic. Little talk occurred during treatments since Bowen was in fact profoundly deaf (as well as having only one leg) – it was by ‘seeing’ a patients problem that Tom was able to treat them accordingly.

Tom treated people relentlessly and selflessly for many years – often working through the night, treating the disabled free of charge and treating prisoners on Sundays. During his time treating patients, Bowen had many followers, six of whom became known as ‘Tom’s Boys’. It is said that one follower, Ozzie Rentsch interpreted and documented Tom’s work after his death ensuring The Bowen Technique became known worldwide.

Many people wonder how Tom Bowen came to develop his techniques, with many wide ranging theories from the teachings of Aboriginal Elders to learning it in a Japanese Prisoner of War camp. However in evidence given to the Osteopathy, Chiropractic and Naturopathic Committee Enquiry in 1973, Tom simply reported that he learnt everything he knew from books he found useful and everything he learned was self-taught.

The Bowen Technique has subsequently known around the world with over 1200 practitioners worldwide. It is increasingly being used in UK hospitals and private clinics as a non-invasive, natural and effective healing technique that can benefit the body and mind alike.